Urinary tract infection (UTI) is an infection in any part of the urinary system – kidneys, ureters, bladder and urethra. Anyone can get a urinary tract infection, but it is more common in women. In fact, women are four times more likely to get a UTI than men. The lifetime risk of getting a UTI as a woman is greater than 50%. 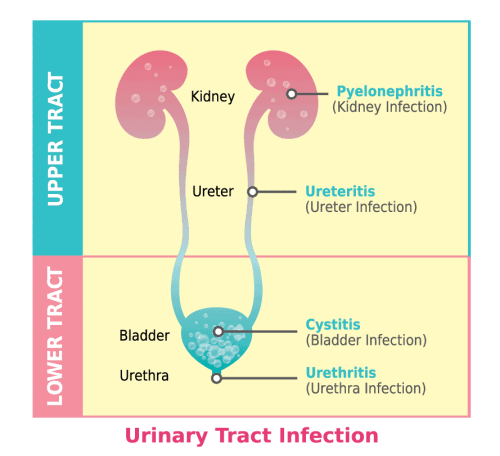 UTI causes the urine to become acidic resulting in a burning sensation during urination – which can be painful and uncomfortable. UTIpure is a urinary alkalinizer that helps relieve symptoms of UTI such as:

*When taken in combination with antibiotics

This is a medicine product advertisement.

Take 4g to 8g (1 to 2 sachets) dissolved in cold water four times daily for 5 days or as directed by the physician.

Q1. When to take UTIpure?

As soon as you notice any UTI symptoms, take UTIpure as early as possible. UTIpure can help to relieve discomforts in UTI such as painful and burning sensation.

Q2. Can I take UTIpure if I am on a low sodium diet?

All urinary alkalinizers contain sodium, which should be taken into account if you are on a low sodium diet. UTIpure contains 650 mg sodium per sachet. Talk with your doctor if you are unsure whether UTIpure is right for you.

Q3. Do I need antibiotics?

UTIpure helps to relieve symptoms of UTI and hinder bacteria growth, but sometimes some bacteria might still remain in the urinary tract. In that case, antibiotics are required to clear up the infection by killing the bacteria. However, you may continue to take UTIpure together with antibiotics for symptomatic relief as the discomforts of UTI may persist for several days. UTIpure is also able to enhance the action of antibiotics against bacteria by providing an alkaline pH environment.

UTIpure DOES NOT contain any sugar or artificial sweeteners (i.e. saccharin, aspartame etc.).