Turmeric is a member of the ginger family (Zingiberaceae), which is native to tropical South Asia. Turmeric is best known as a spice and is

one of the main components of curry powder responsible for the yellow hue that is synonymous with curries. In India and other parts of Asia, Turmeric is more than just a spice – Turmeric has been used for centuries in traditional Ayurvedic and Chinese medicine.

Turmeric has long been prized for its antioxidant benefits.

The active ingredients of Turmeric are a group of compounds called curcuminoids, which include curcumin, demethoxycurcumin and bisdemethoxycurcumin. Of the three, Curcumin plays the active role.

Curcumin is known for its multiple health benefits – and these benefits are better attained when Curcumin is combined with agents like piperine, which significantly boosts its absorption.

A major hurdle to the development of Curcumin for use as a supplement is its poor bioavailability. Turmeric is not soluble in water and it is poorly absorbed into the bloodstream, and once there, it is rapidly metabolised and eliminated.

The spicy taste or heat of black pepper is familiar to most but not many may know how this heat comes about. This heat is actually a manifestation of biological activity of several active compounds present in black pepper – the prominent one being piperine.

Studies show that when a small amount of piperine, is combined with Turmeric extract in a capsule, the absorption of curcuminoids into the bloodstream is increased. 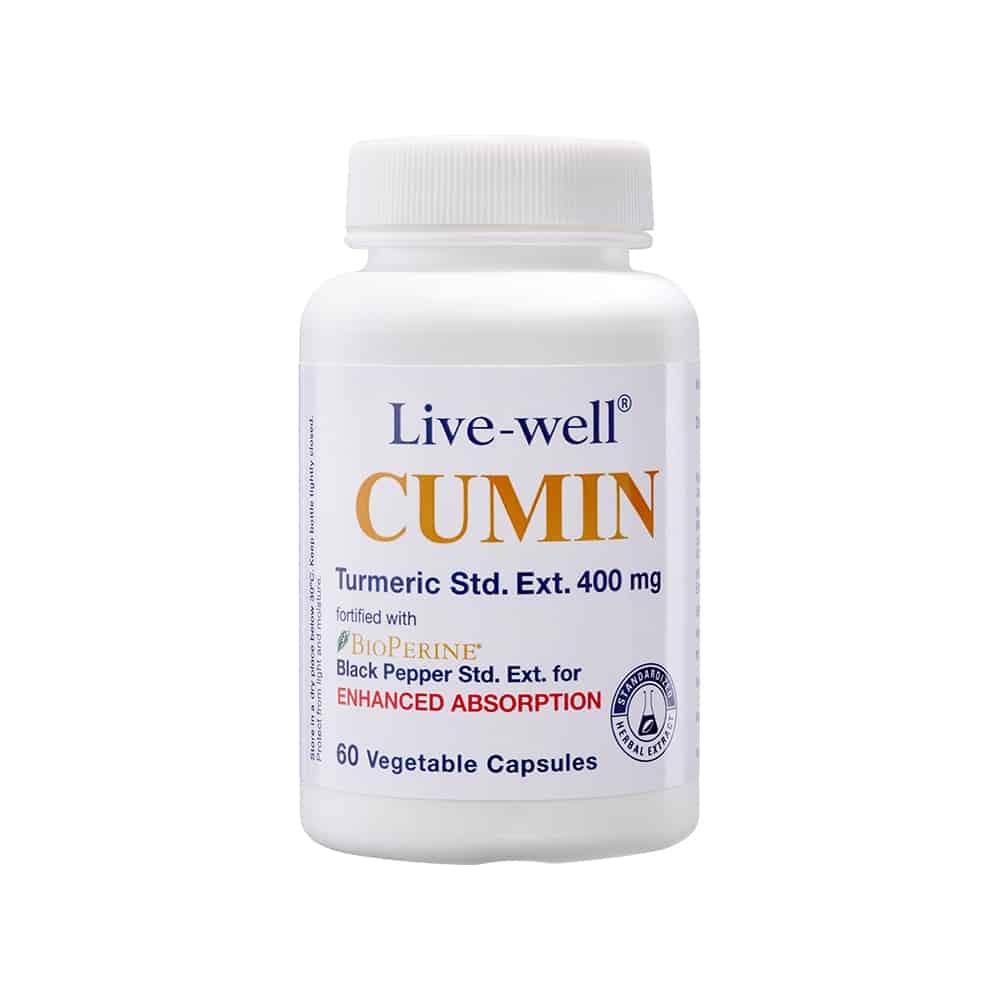 This is a traditional product advertisement.

Take 1-3 capsule(s) daily with or after meals